This is my little sister, Theresa Boggs Osborn. 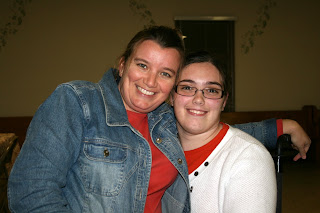 A few years ago we played a horribly hilarious trick on her in November. We sent out Odie's Newsletter to our mailing list but we mailed a FAKE newsletter to my sister Theresa. In her FAKE newsletter we included a picture of her that had been doctored just a tiny bit. Well honestly it had been Photo-Shopped quite a bit. Odie had widened her nose by about 50%! I also included her phone number and asked all the readers to call her and wish her Happy Birthday.
Keep in mind that NOBODY received the newsletter with her Photo-Shopped picture except my sister but she thought EVERYBODY in the world received it... Especially when people she didn't know started calling her and telling her they had seen the newsletter and wishing her Happy Birthday. Of course these folks were in on the joke and I hoped the phone calls would convince Theresa the pictures were every where.  It worked wonderfully!
She was terribly embarrassed of the picture but never suspected for a moment that we did that on purpose.  She thought it might have happened accidentally in the publishing process.  She even asked her husband if her nose was really that big. It was so funny!
We eventually had to tell her it was all a joke and then we had a big laugh together. I figure I owe her a favor so here are some good pictures of my beautiful sister on her birthday.  Happy Birthday Theresa!  We love you very much! 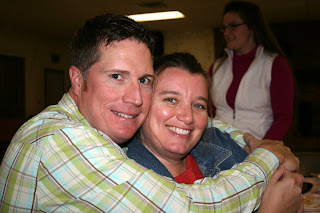 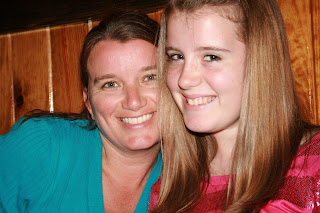