Last week we kicked around San Diego for two days. We had never been to that part of California but had always heard how beautiful it is. It definitely lived up to its reputation for beauty. We stopped by to watch the waves roll in and then went back to the same place later to watch the sun go down. We were very impressed! 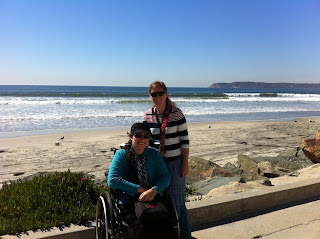 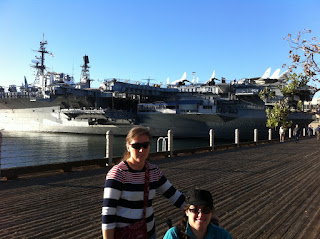 In the mean time we drove through the "Gas Lamp" district which is downtown, walked along the pier where the USS Midway is docked and moseyed into Red Lobster for some Endless Shrimp! Here is a picture of my first plate. 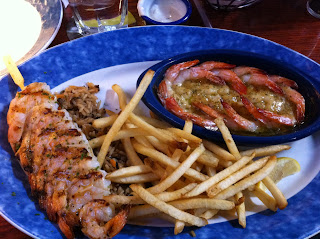 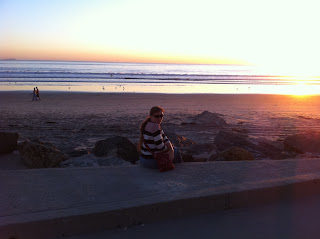 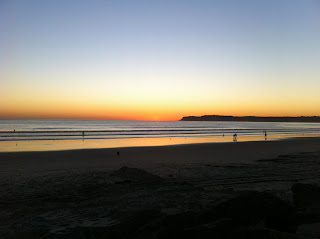 The next day we walked and walked and walked through the World Famous San Diego Zoo. None of our pictures turned out very well but here are a few. This first picture is Odie trying to "run" away from the Cheetah. It was hilarious! The Cheetah followed Odie along the whole length of the enclosure. If you zoom in on this picture you can see the Cheetah's head. Notice the man in the red shirt watching. He noticed it too. It was so funny and Odie was soooooo scared! There is no way the Cheetah could get to Odie but Odie was really spooked! 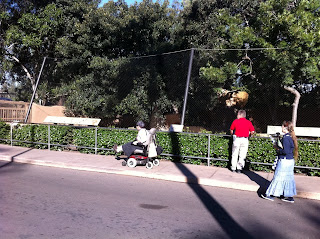 After Odie was out of sight the Cheetah kept looking the direction she went! 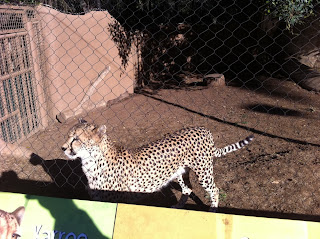 Kelly Jo and Odie posing next to the elephant. 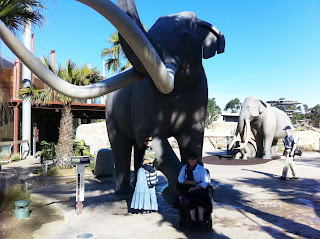 And the friendly neighborhood Rhinos! They were so nice to raise their heads and pose for us. When we quit taking pictures they laid their heads back down. They were real hams.... 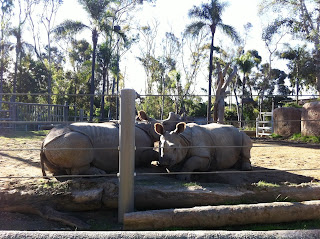 San Diego is a very nice city although the traffic is much like Los Angeles which is horrible! I wouldn't want to live there without a helicopter! Hope you enjoy the pictures!
Davy
Posted by Davy, Kelly and Odie Boggs at 11/02/2010 08:30:00 AM