We stayed an extra day in El Mirage. KJo caught up on laundry and we visited some more with friends and enjoyed one last burrito before we departed. 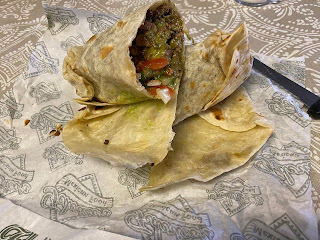 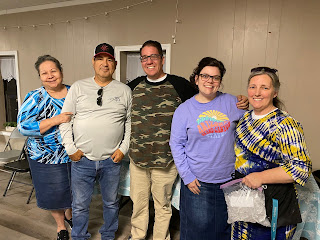 On departure day, KJo and I were both up about 4:00 AM to begin preparing to leave. The day was going to be well over 100 degrees for much of our route so we wanted to beat the heat.
El Mirage forecast that week. 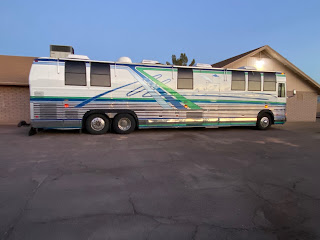 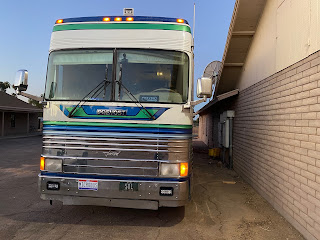 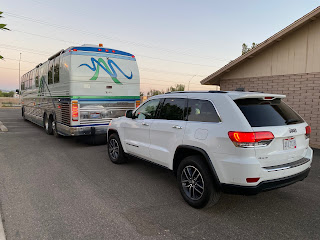 We stayed on I-10 until I-215 near San Bernadino, California to Hwy 395 North. At Boron, we turned west on Hwy 58 toward the Tehachapi Mountains. We love this mountain pass and we have loved it for years.
By the time we turned north into the higher elevations, it was approaching 90 degrees, but we had turned off toward Tehachapi way before the hottest part of the day. It was 105 in Phoenix that day and along some of I-10, but it was 78 in Tehachapi! Yay! I love it when a plan comes together. 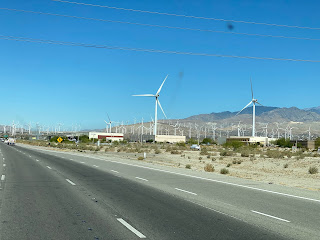 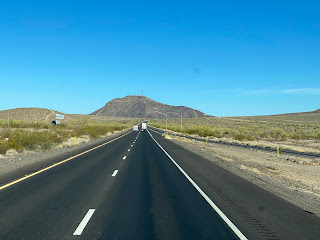 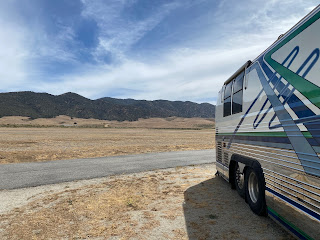 We settled in after 440 miles, eight hours of driving, plus a long fuel stop and bathroom breaks. 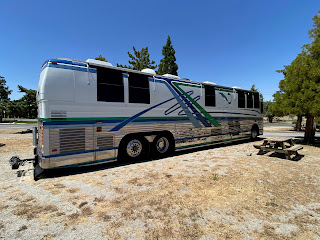 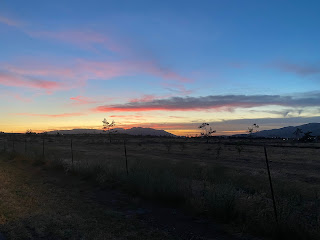 Tehachapi deserves its own post, but I do have a few pictures to share with you. The first two pictures are in a nearby town named Arvin. 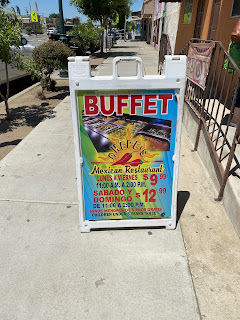 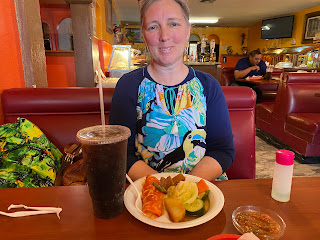 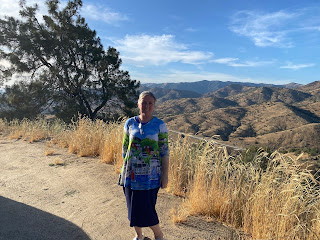 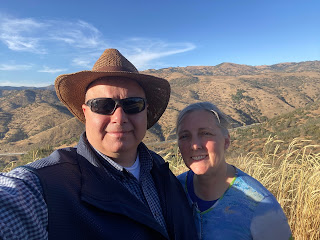 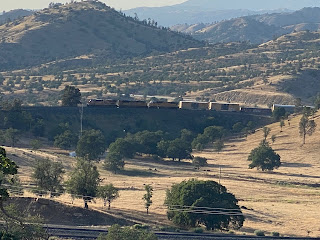 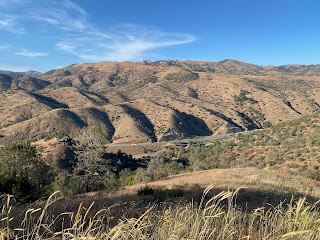 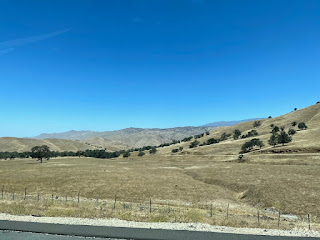 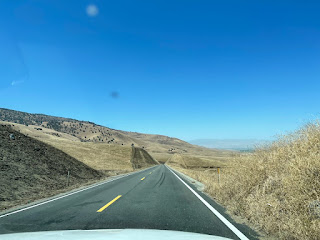 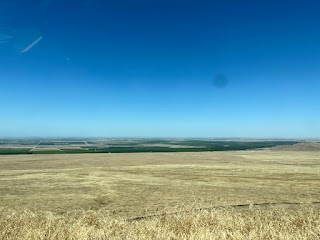 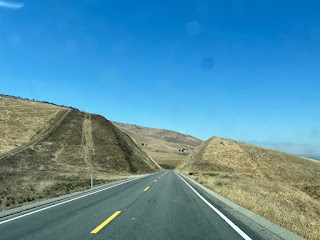 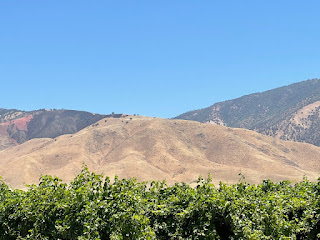 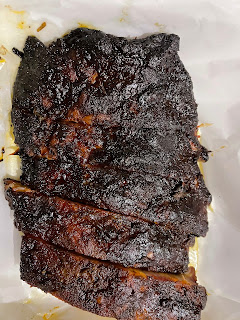 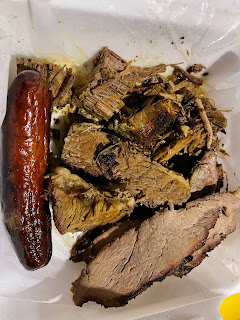 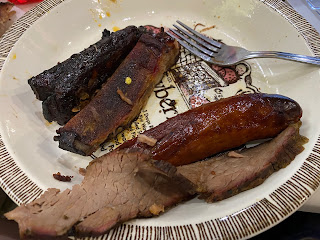