Taking The Tent Down In Colorado Springs

With the 48' round tent, the takedown and pack up after church would normally take no more than 1 hour, especially with church folks that have done it before. However, there were some extenuating circumstances Friday night.

First, it was cold. Yep, 51 degrees on the first day of summer when the tent started coming down. That is the coldest temperature we have had when taking down the tent and the vinyl was stiff. It was like folding a milk carton, thankfully without the milk.

Secondly, it was still raining intermittently, so we could not move the sound equipment outside until we were ready to load it on the bus. That slowed the process down.

Third, because of the cold and rain, we had two long sections of side walls up and it takes extra time to take them down and fold them up.

Forth, I often take the lights down before the final service in mid-summer since we should have plenty of sunlight. I could not do that this week so that takes some extra time.

Fifth, we had to put tarps down on the ground to protect the tent. After the tent was down and folded, the tarps had to be taken back up and folded. That can be a hassle. KJ tapped someone to lead that endeavor and they did a great job.

Sixth, have I mentioned it was cold, 51 degrees and going down?

In spite of the cold, all the people jumped in and worked with us. Not only the Souls Harbor folks, but community visitors and visiting preachers helped too. Pastor James McCoy and his people worked like it was their tent to take down. It was a great group exercise.

I appreciate all the effort and work. In about 90 minutes, everything was down, packed away, strapped and the Green Machine was loaded and strapped too. Not too bad at all. 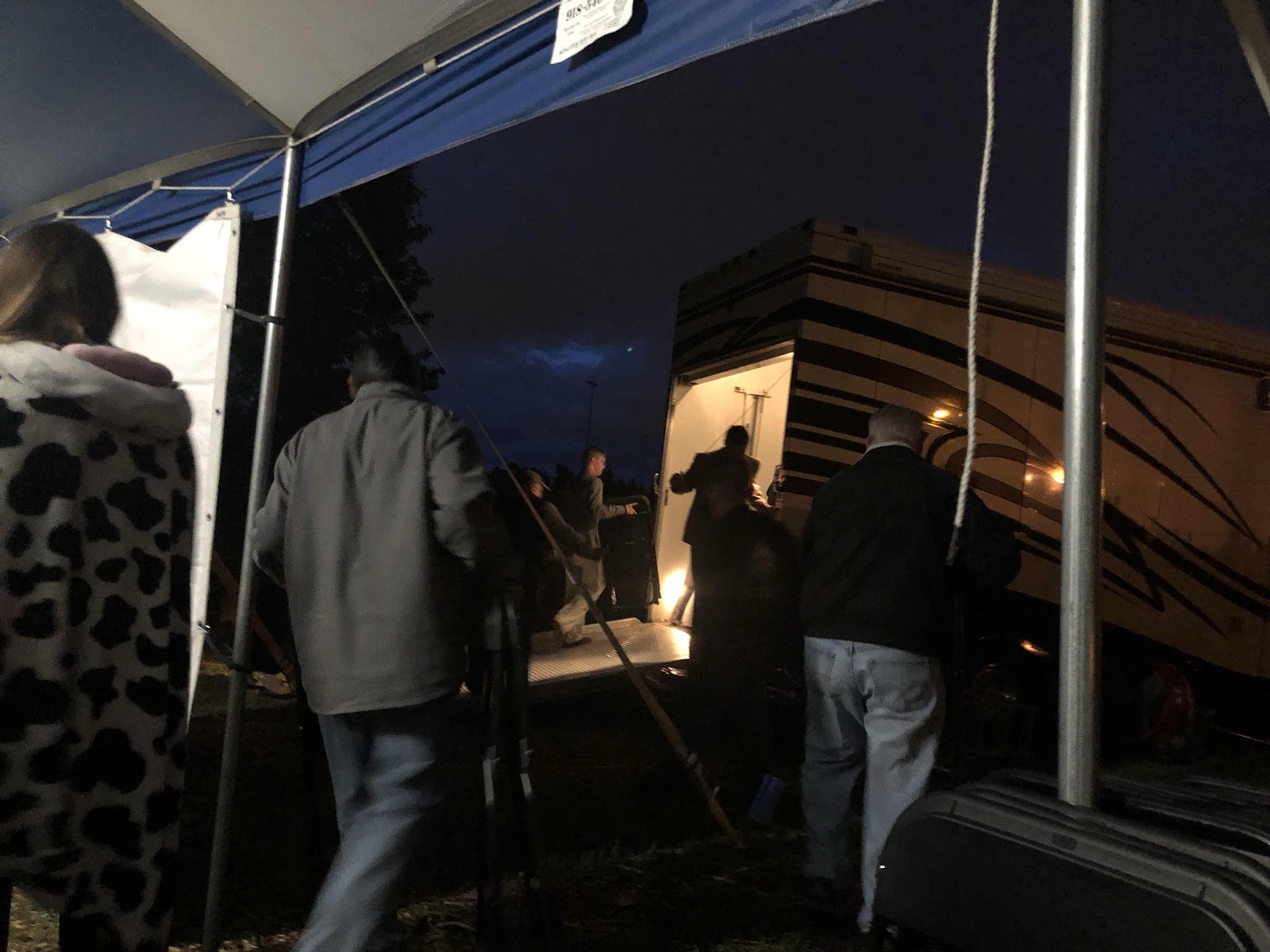 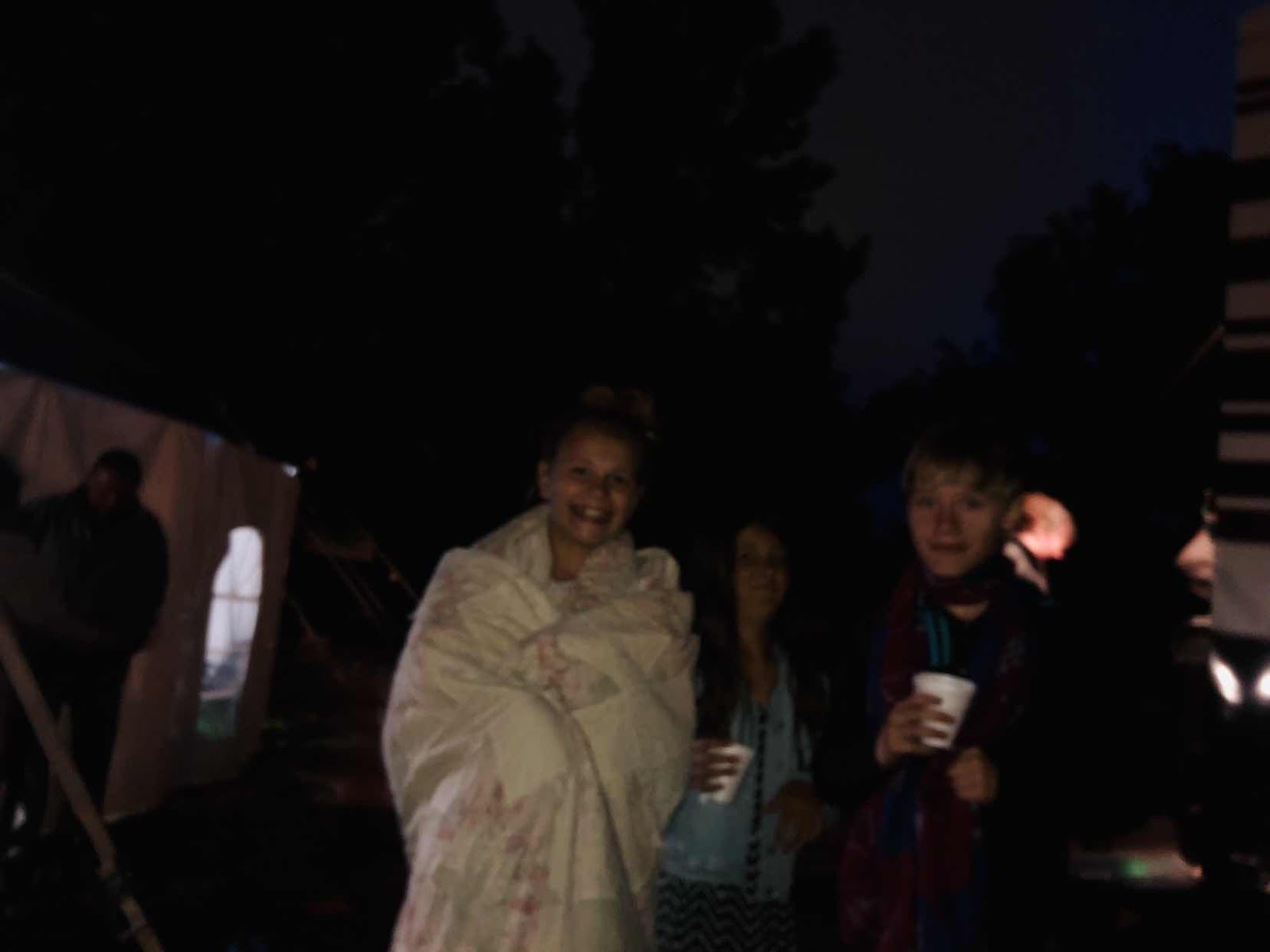 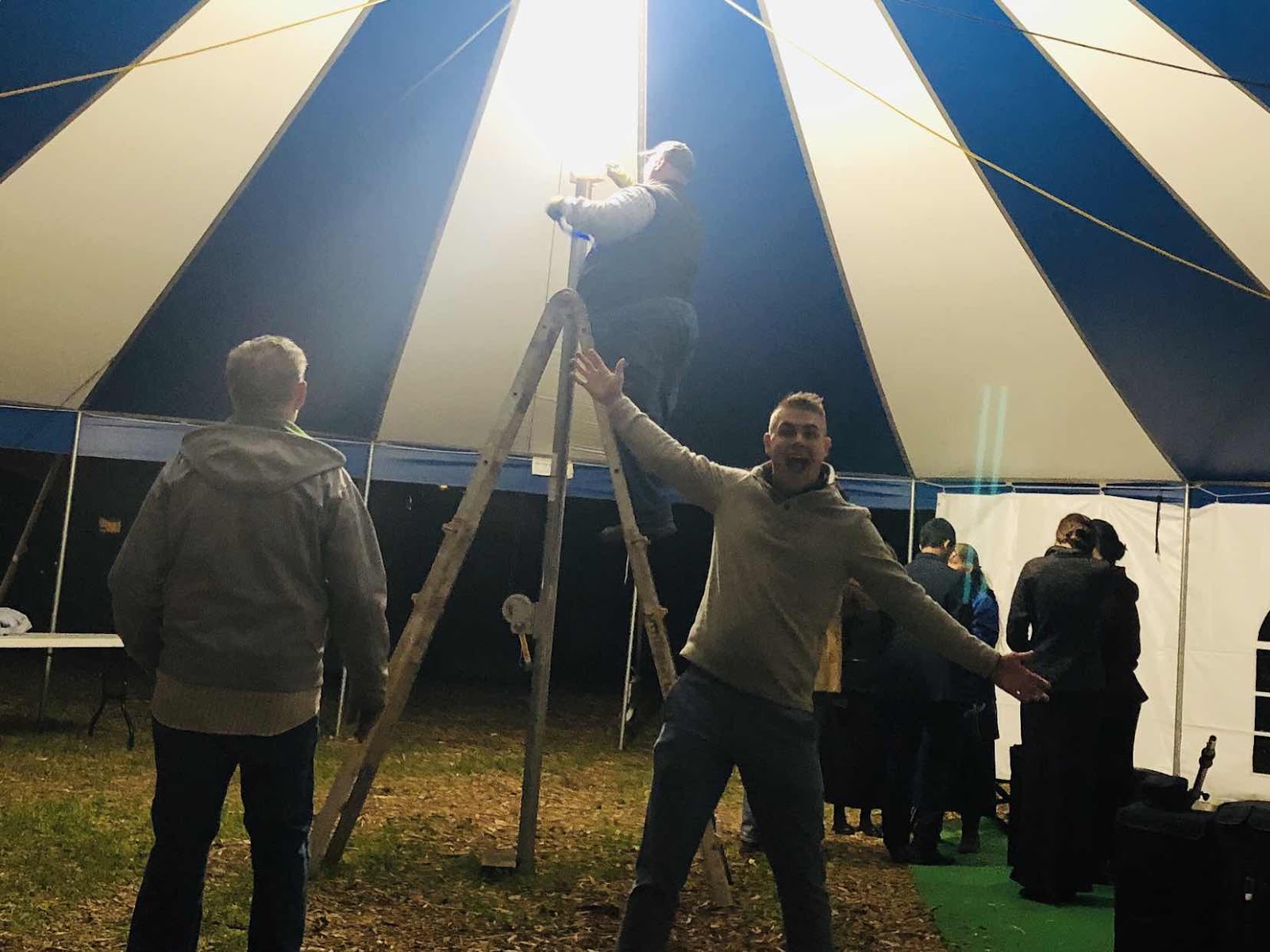 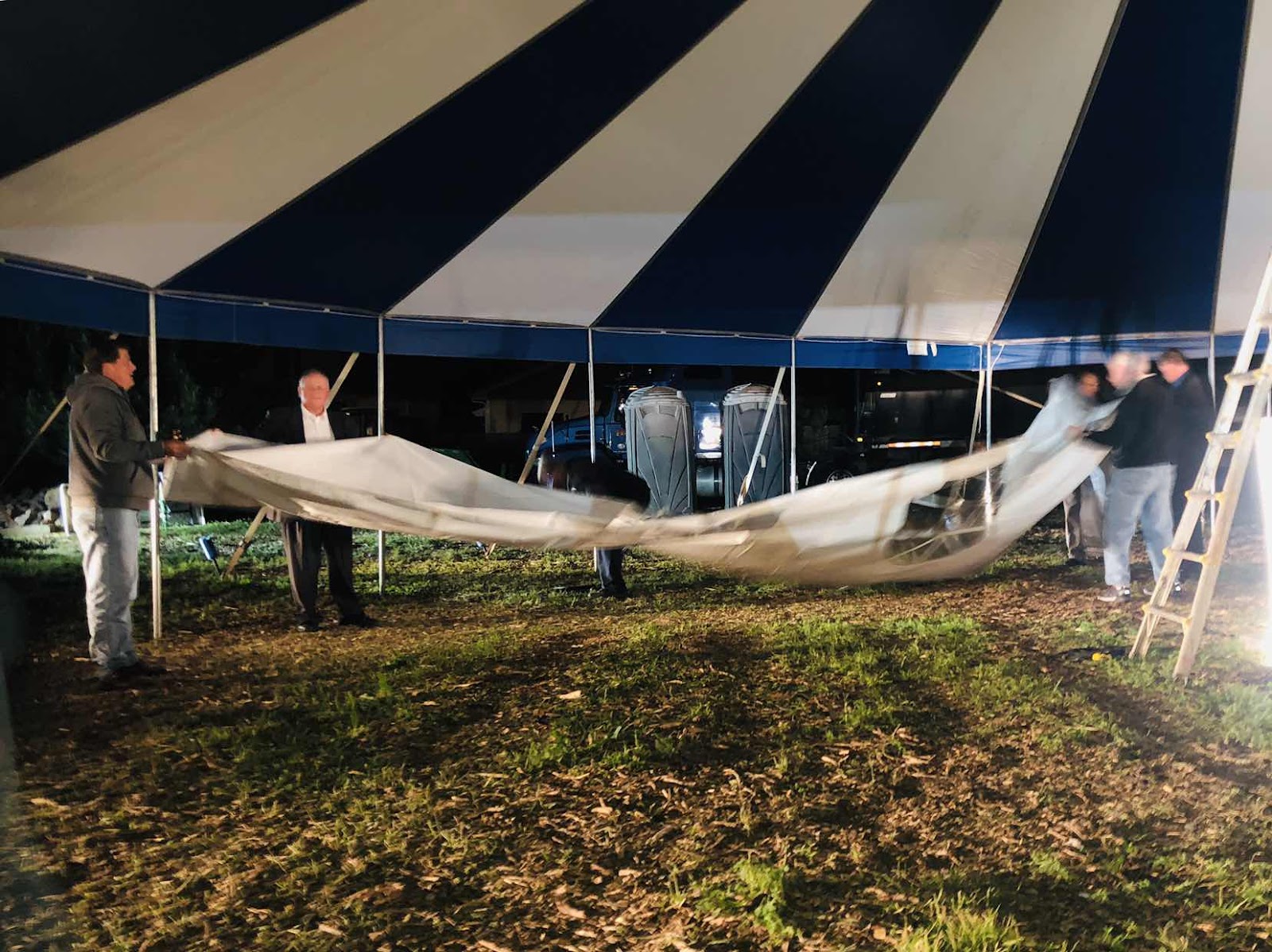 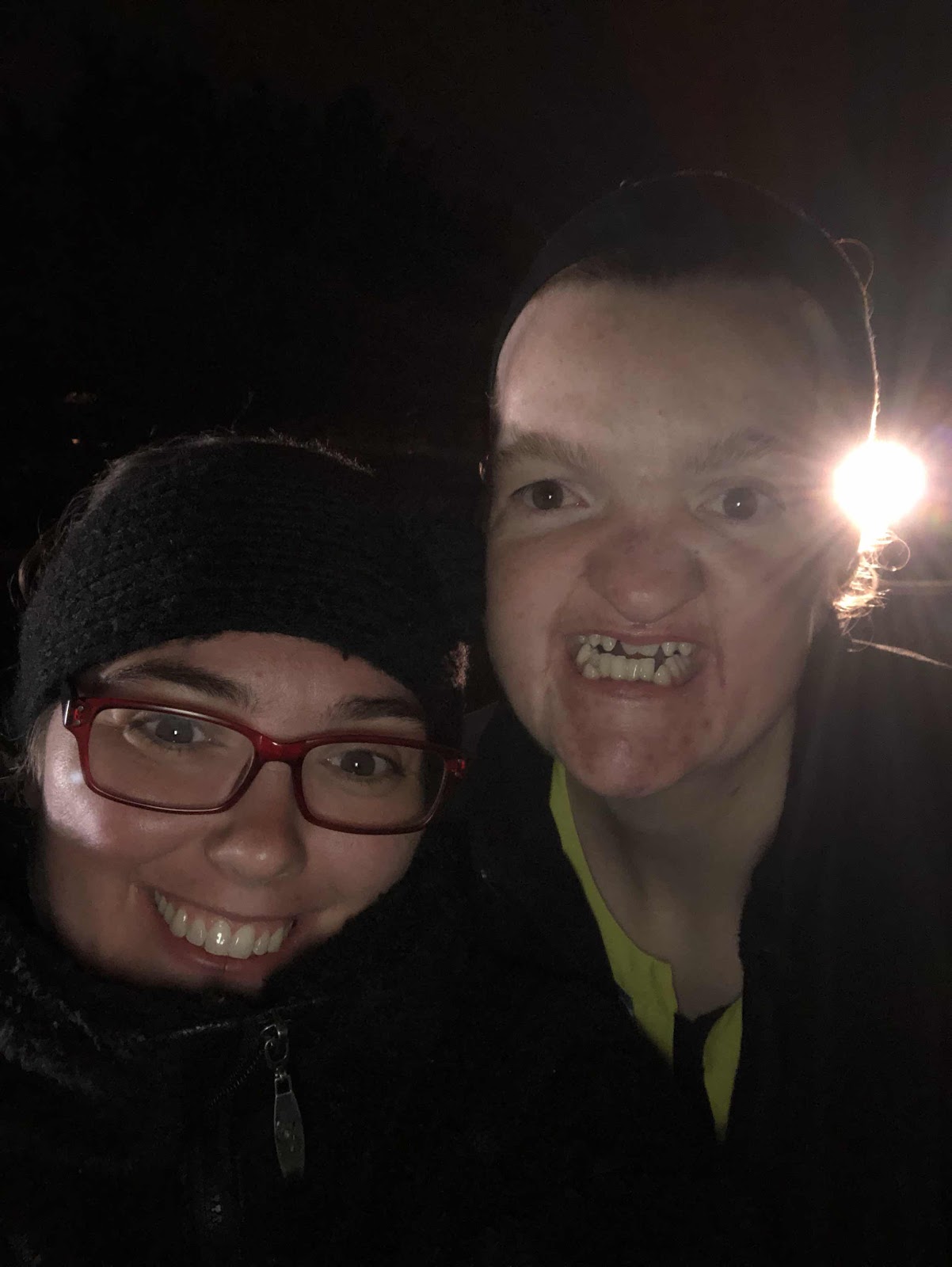 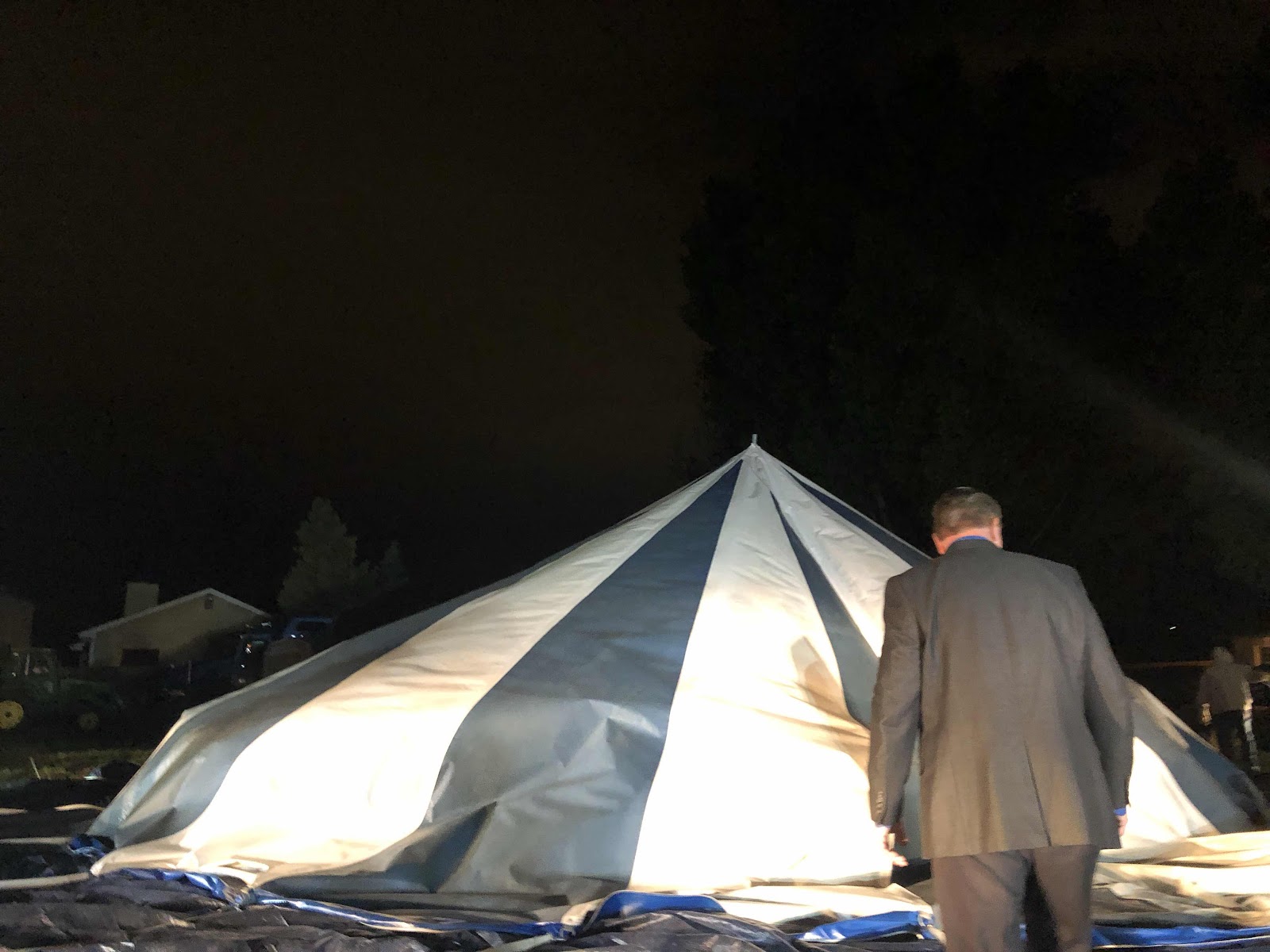 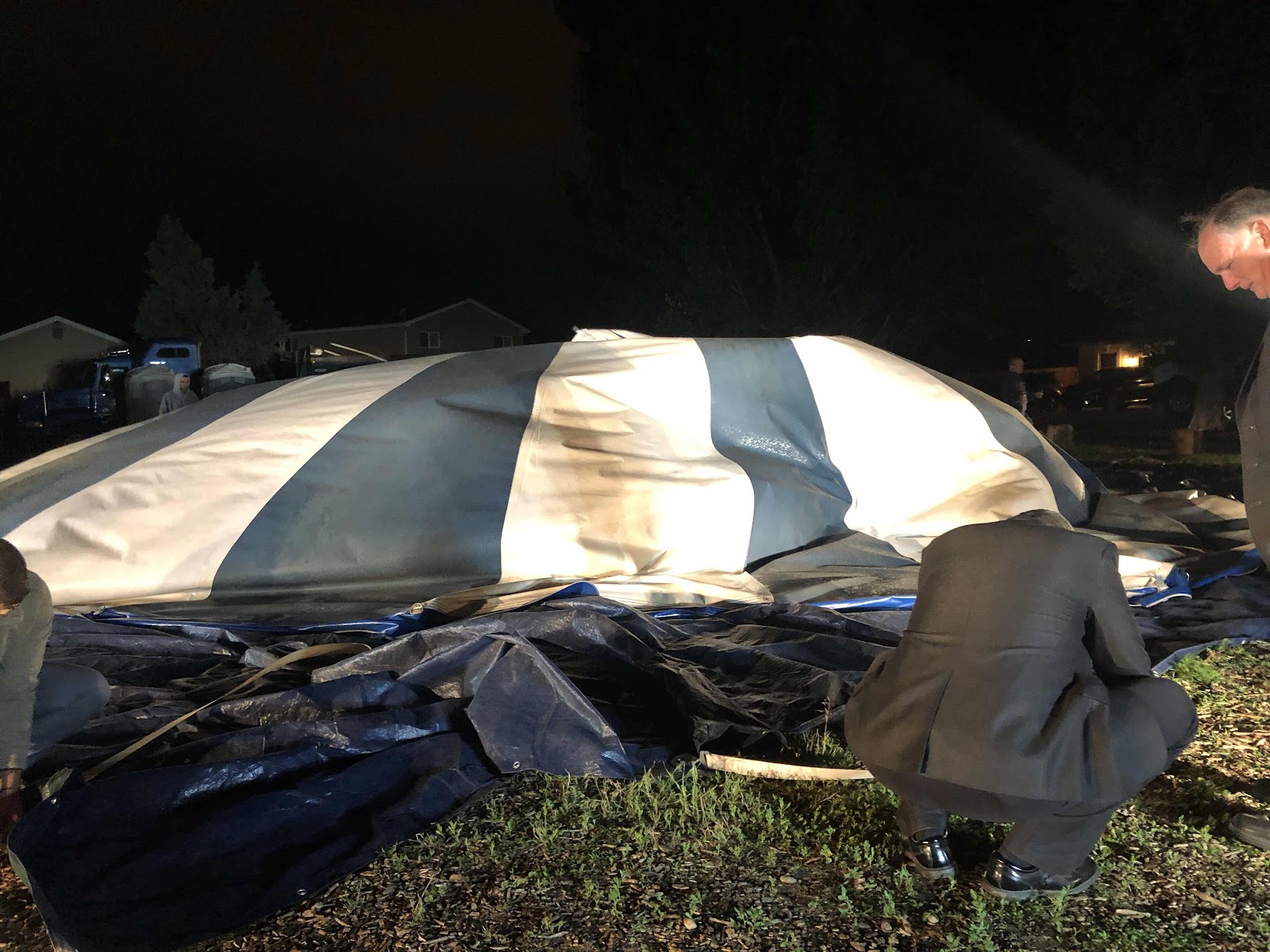 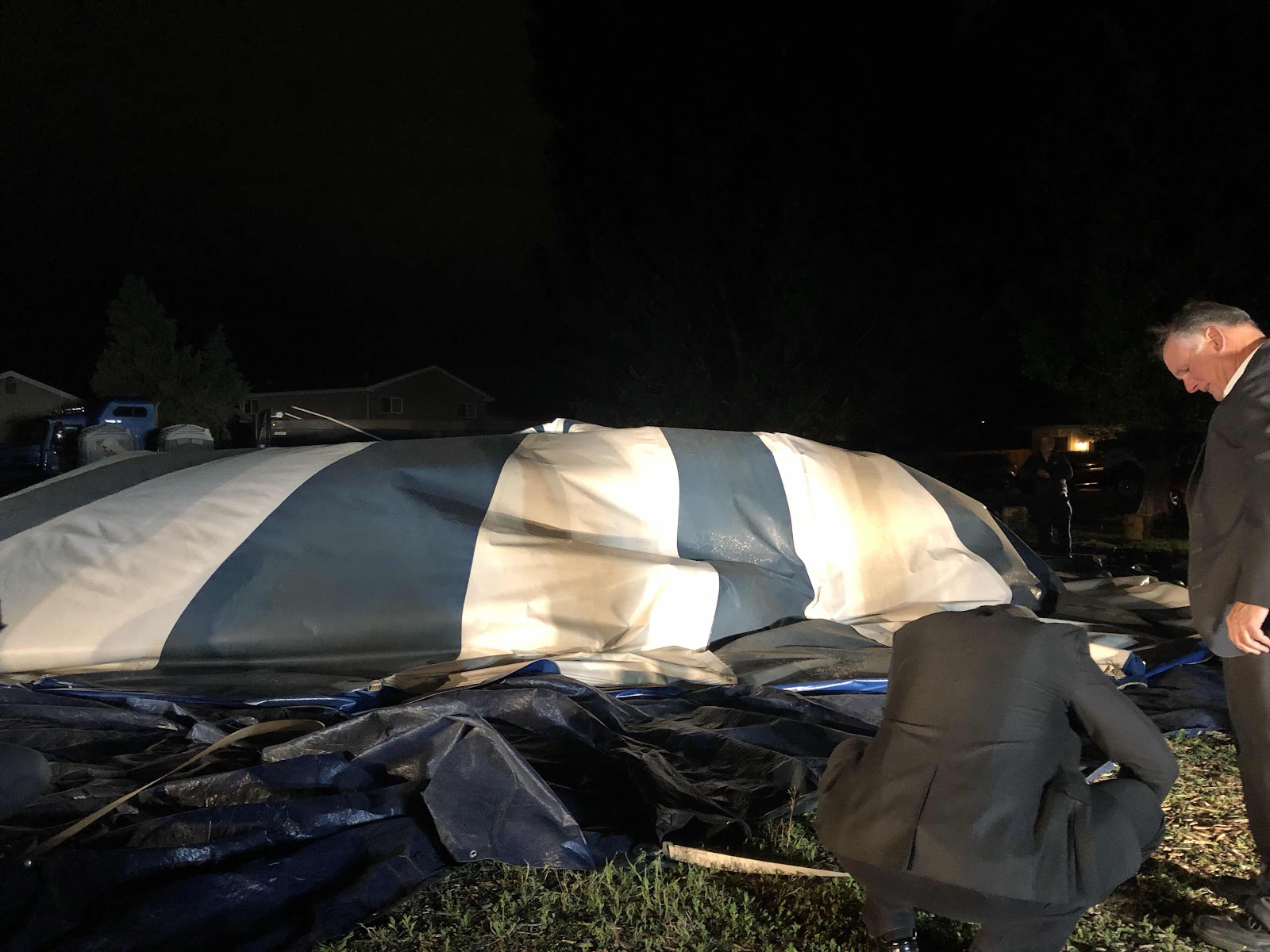 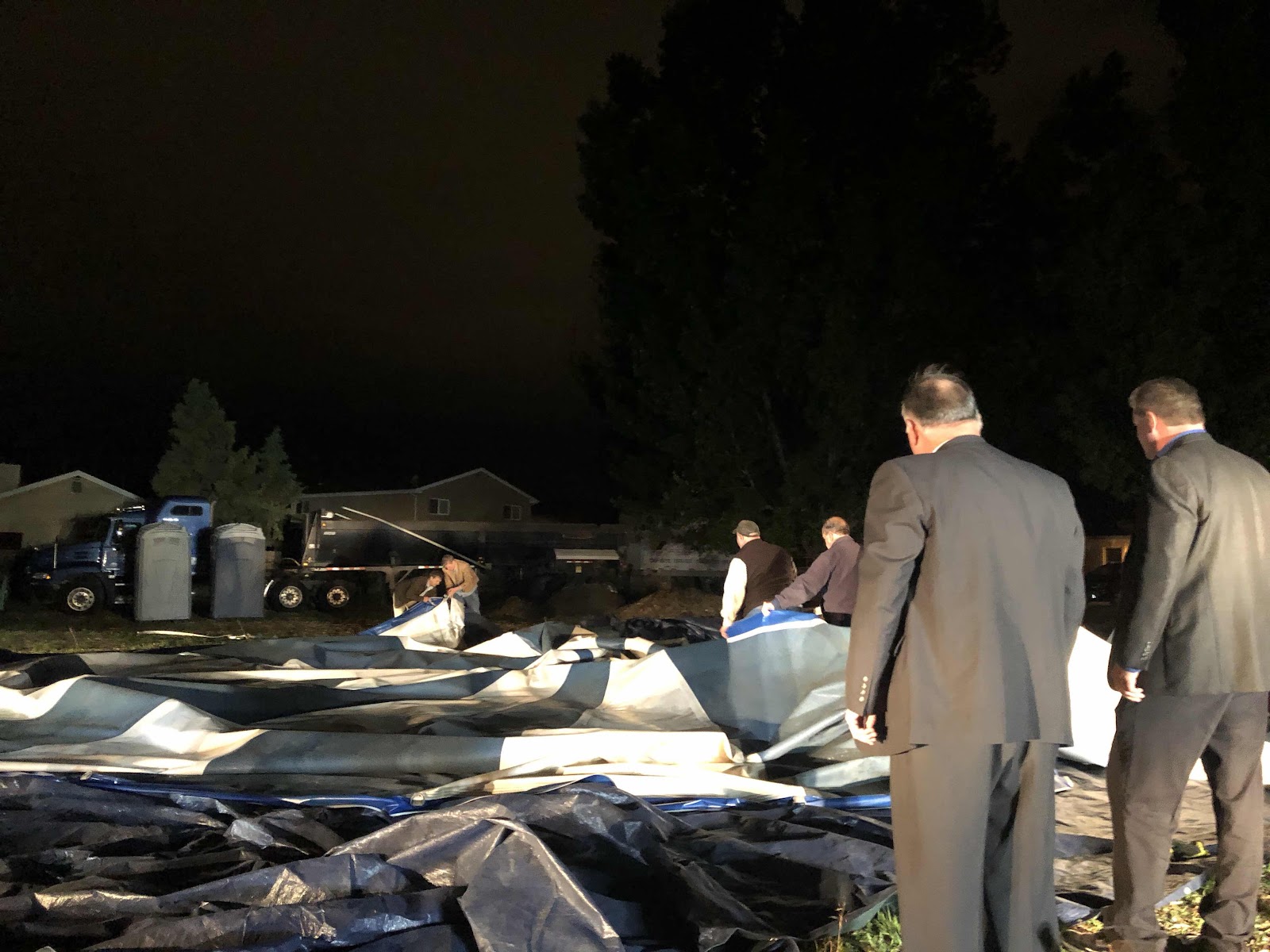 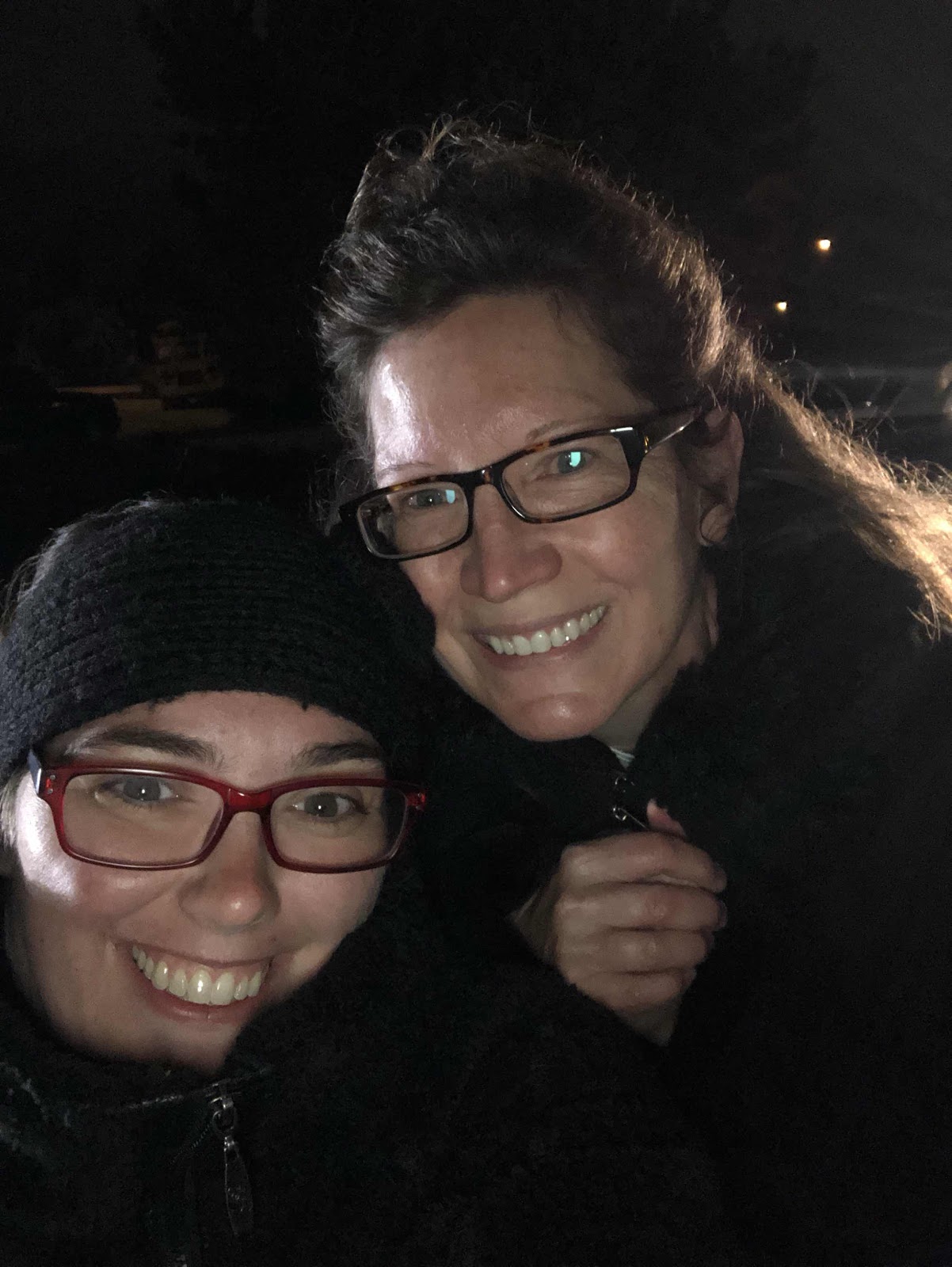 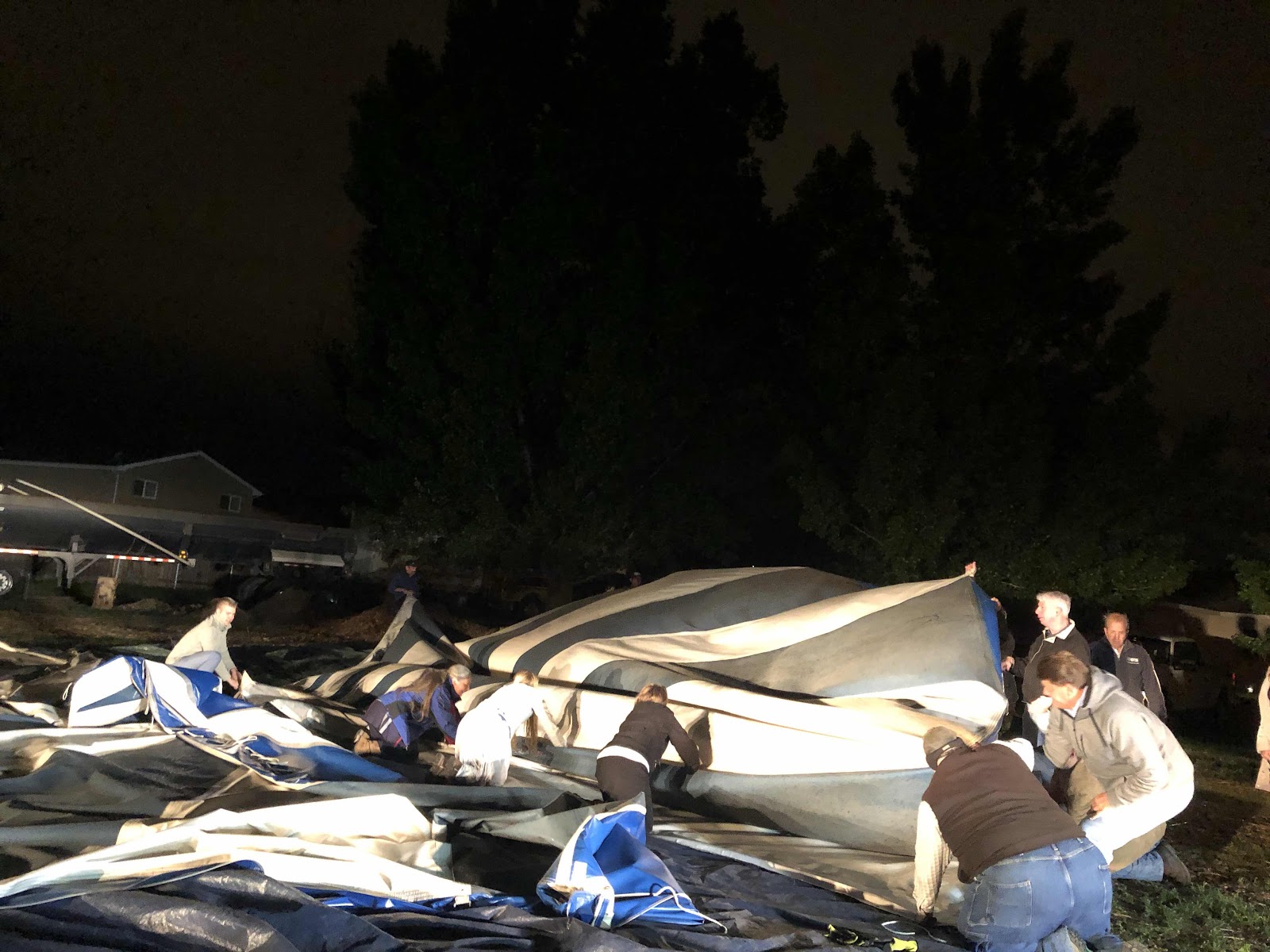 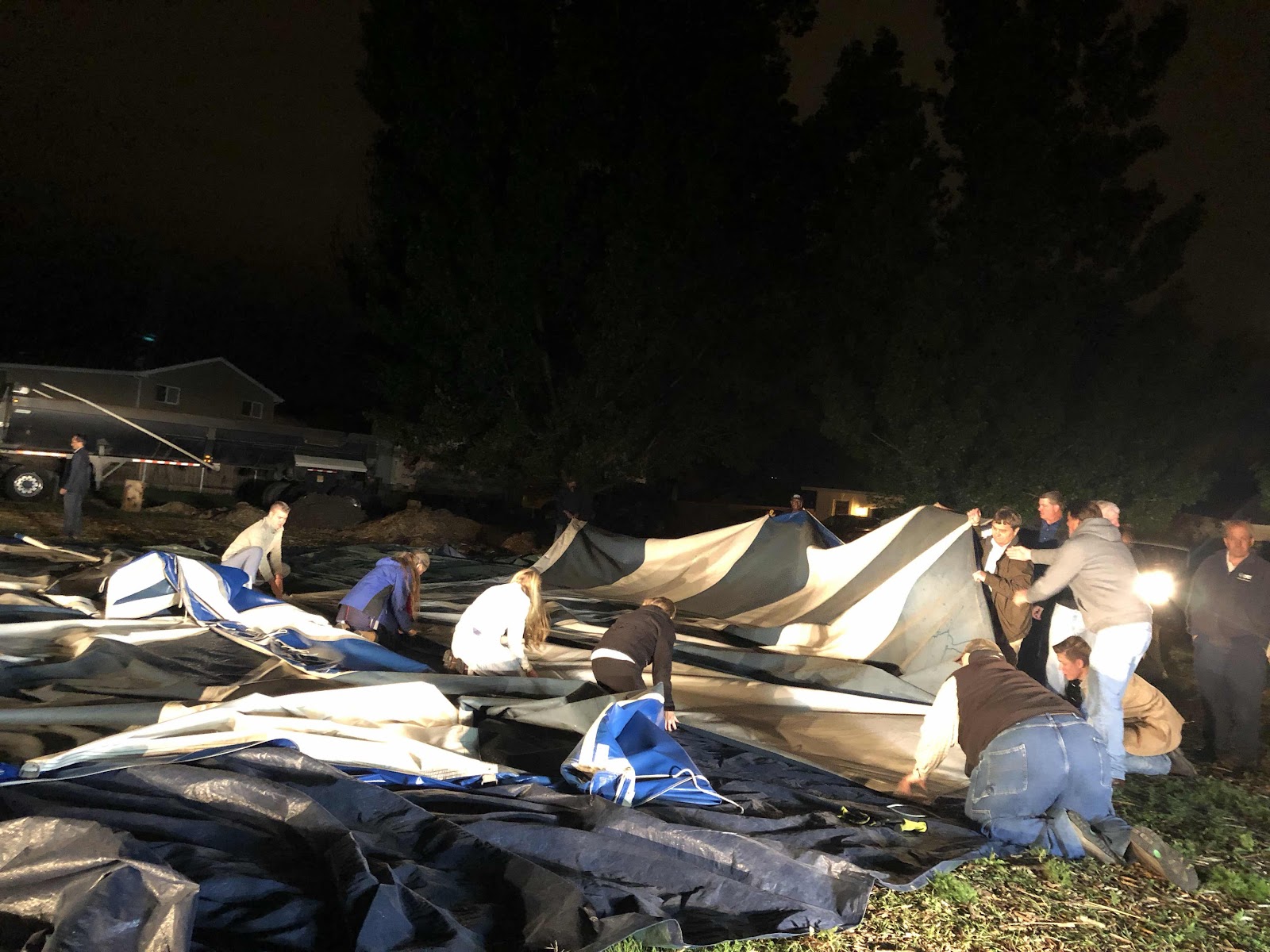 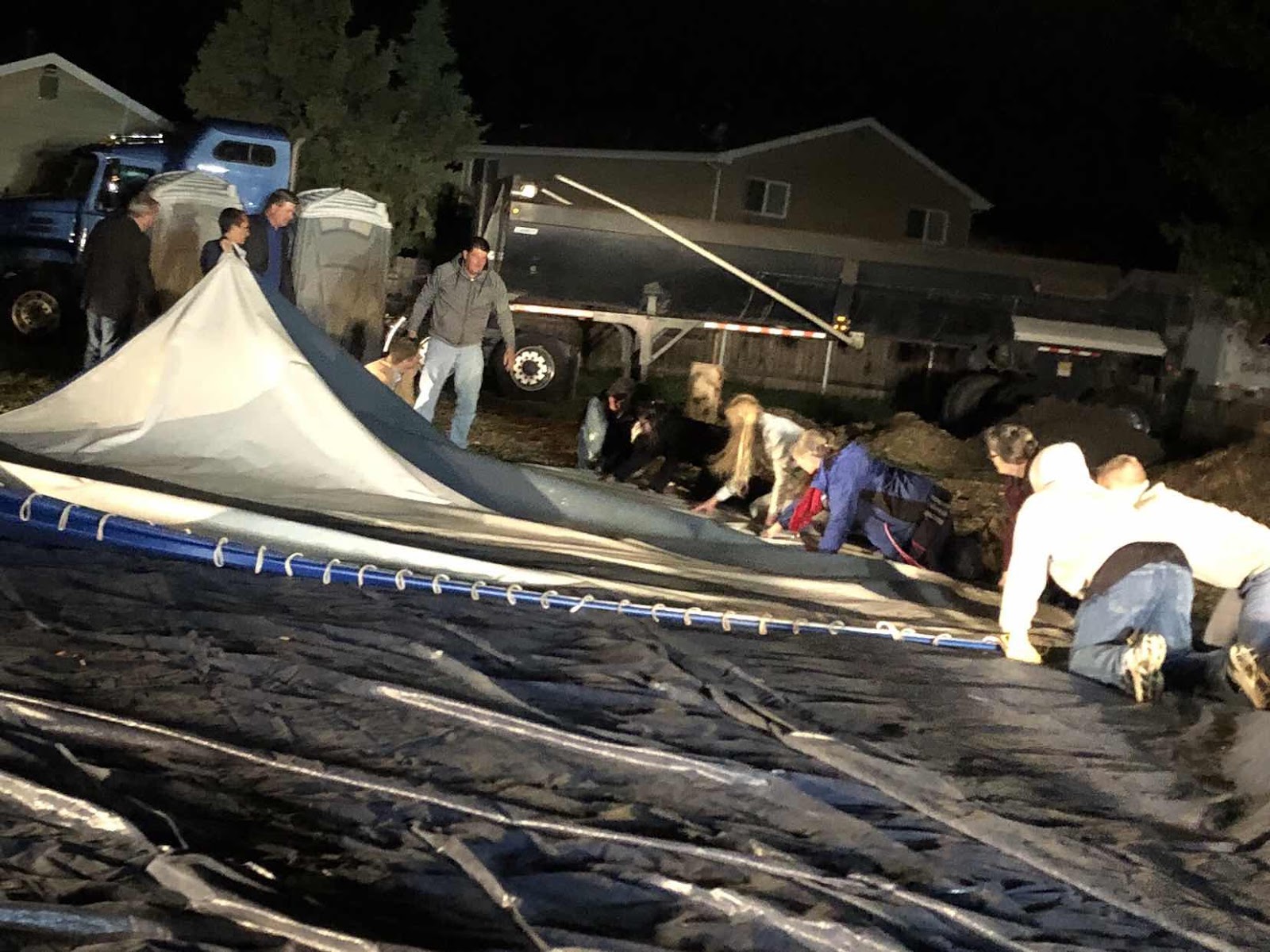 As I mentioned the other day, I would have liked to have left Friday night, but I knew Friday afternoon that the chances of me doing that were slim to none. When all was done about 10:30 we wondered down to the fellowship hall to visit with some of the folks that stayed around to help. The church was serving some refreshments and the fellowship was sweet.

It is always a good feeling to have a great last service and then have the tent down and ready to travel. The tent was a little damp this time, but since it was going back up in less than 72 hours, it did not matter. This week it will need to come down dry.

Well, that is all for today. Thank you for joining us.

Davy
Posted by Davy, Kelly and Odie Boggs at 6:25 AM