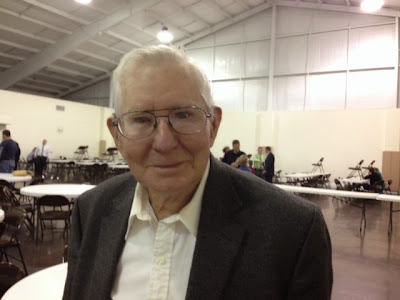 Our dear friend Bro. Joe Bill Houston passed away Sunday and leaves behind a large grieving family, a home church that cherished him and a great multitude of friends all over the USA. He was 91 years old. Joe Bill was a Godly man, a preacher's friend, a tremendous singer, a great song writer, a hard worker and generous giver.

Bro. Joe Bill is part of our earliest memories of Dryden Rd. Church when we visited there in the mid 1980's. He was one of the first to welcome us with a big smile, a hearty GOD BLESS YOU and a few pieces of candy. We were strangers and his love took us in.

A few years after Dryden Rd. became home for us I made my first road trip with Bro. Joe Bill. I picked him up on a Monday evening to drive 800 miles to Allentown March Meeting in Semmes, Alabama. We loaded every thing in back of my Chevy Sprint but he wanted the large brown grocery sack in the front floor board between his feet. "You got to keep the driver well fed" he said, and well fed I was. It seemed like he had two tons of groceries in that bag. From cookies and pies to colby cheese, bologna, sweet potatoes, grapes, nuts, bananas and much more, he had it all.

He introduced me to Allentown that trip and in doing so introduced us to a whole world of friendships that we still enjoy today. We ate fried chicken, pies and cakes, seafood and my first gumbo! We sang, shouted and said Amen to the preaching until we were about to hoarse to talk on the way home. We duplicated that trip with my girls along several more times in addition to other trips to various campmeetings. It was a continuation of the tremendous influence Bro. Joe Bill Houston had on our lives.

He had a heart full of love and he lived to share everything he had with every one that would allow him to. He loved me and my girls as much as we have ever been loved and it changed our lives for the better. He affected us not only temporally but for eternity. He loved God passionately and talked to him as a man would his friend and that made God very real to us.

Bro. Joe Bill wrote the song "Fix It Man" that his son Evangelist Bill Houston sings and that we often sing as well. Bro. Joe Bill has blessed thousands of people with that one song. It ministers to people every time we sing it but nobody could sing it like Joe Bill did. I guess he danced in the Spirit every time I ever heard him sing it and it never got old.

Bro. Joe Bill was also famous for taking up offerings at campmeetings and praying over meals. He would often ask God to help the "stingy guts" when praying over the offering. I am sure he brought conviction to more than a few "stingy guts" through the yeas. His prayers over meals were as legendary as his healthy appetite.

Here is a picture of Bro. Joe Bill praying over lunch at the end of a morning service at Dryden Rd. Indoor Fellowship Meeting in 2012. 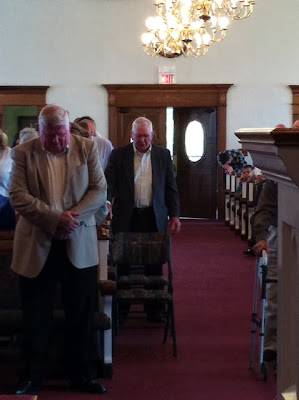 Odie was sitting in front of him when he prayed over the meal at Indoor in 2014. She recorded part of the prayer on her phone and I am glad she did. She made a video of the prayer by putting the audio with a picture of Bro. Joe Bill the same year and most likely the same day. You may have to view it on your computer as it may not play on a mobile device for some reason.


Here are a few more pictures of Bro. Joe Bill through the years. 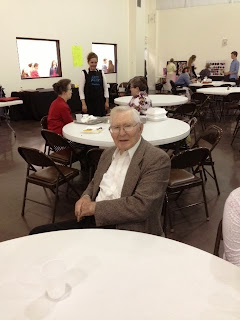 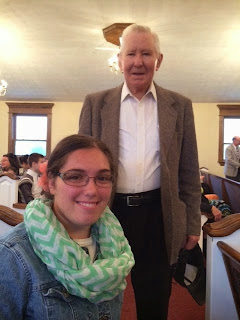 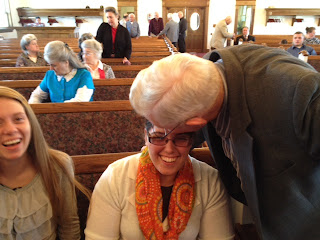 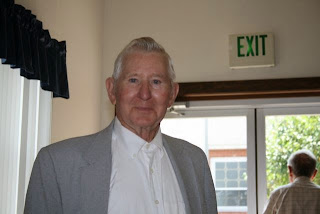 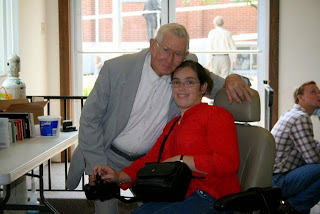 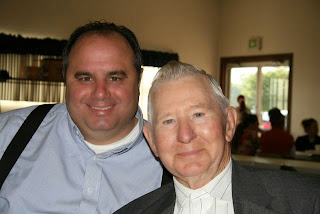 We miss you already, my dear friend. See you soon!

Bro. Joe Bill Houston's viewing will be at Dryden Rd. Pentecostal Church at 3201 Dryden Rd. Dayton, Ohio on Thursday night April 16th from 5-8 and the funeral will be at the church on Friday the 17th at 12:00 PM.