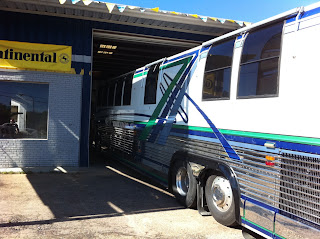 When we bought the BoggsMobile a little over three years ago, we knew it needed tires badly. We even tried to negotiate new tires into the bargain as we were buying. The seller did replace a $3000 part but they wouldn't even consider replacing some of the tires. After we began pricing tires we understood why. The proper tires were at least $800 each and have gone up since. No wonder they chose to replace a $3000 part instead! lol
We replaced the two tires on the tag axle that first summer because they were in terrible shape. Last year in March God blessed us with two much need tires on the front of the bus. That story is Here. I said then that I would like to make the four tires on the drive axle last for another year. The sidewalls have been cracking badly since we bought the bus and I knew they were maxing out on age but they made it.
I have been pricing these tires all over the country and the cheapest I found any where was in Dothan, Alabama at a place called TCI. Last week I took the bus in and in a few hours the tires were mounted, balanced and put on. It was very painful before they let me leave but I praise God for these three things.
1. God letting the old tires last as long as they did with no failures or blowouts. We have asked him to do this countless times as we drive down the road.
2. TCI giving me a great price compared to everywhere else in the country. I am asking God to bless them for that because it was a great blessing to me.
3. God giving us time and ability to save some of the money so the hit wouldn't be so bad and providing the rest just in time.
We should be ready to go for several thousand miles by the grace of God. Here are some pictures of the progress and one of the finished product after I cleaned up the bus a little bit.
Davy 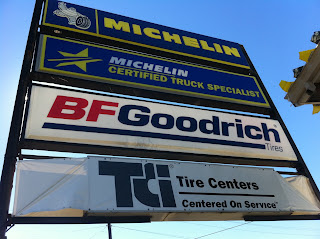 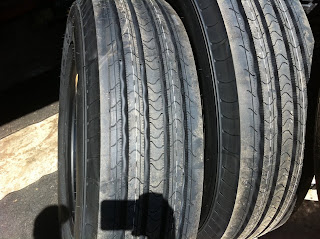 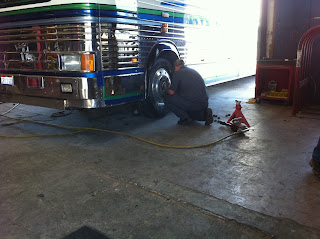 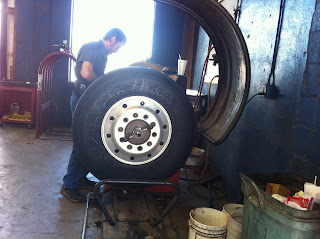 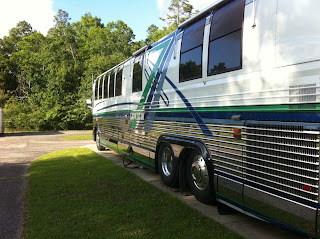