Driving With Lewis and Clark on the Lolo Trail

We went driving with Lewis and Clark on the Lolo Trail on Thursday and it was a blast. Lewis and Clark made their historic trip over 200 years ago paddling all the way up the Missouri to its source and then crossing the mountains to the Pacific. When they arrived at the Bitterroots and began to search for a way across one of their men remarked that these were the most terrible mountains he had ever seen. I would say a hearty amen to that. These mountains are still part of the biggest untamed wilderness area in the United States.
Today US 12 follows the Lochsa River twisting and turning all the way through the Bitterroots. It is one curvy road but Lewis and Clark and their band of men would have be thrilled with Hwy 12. Instead, they crossed on an Indian trail that follows the mountain ridge just north of the river. It is over 100 miles through that rugged wilderness. There is a gravel/dirt/rock road that traces that old Nez Perce trail. We drove about 30 miles of it and we were constantly in awe of the beauty and remoteness of the way.
Lewis and Clark crossed the Bitterroots in September 1905 and an early winter storm and lack of food nearly killed them all. They pressed on through waist deep snow at times and made it across. Those were very tough and determined men.
This picture is of the topography map of the mountains surrounding the Lolo Trail. You are looking West. 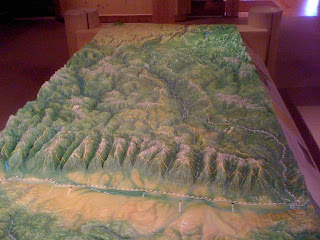 This is the Kelly Jo at the isitors Center at Lolo Pass. The rest of the pictures were taken along the trail. 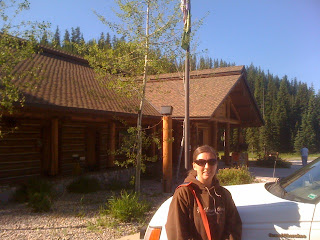 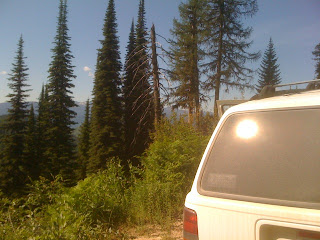 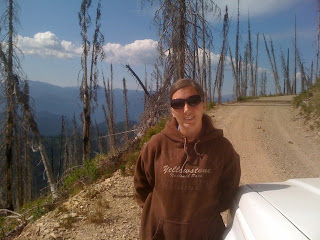 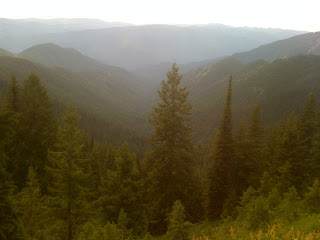 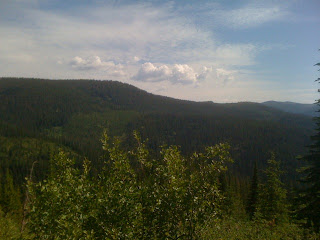 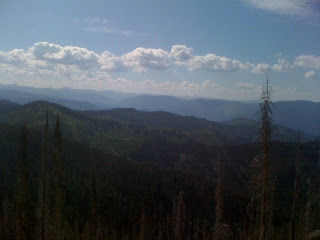 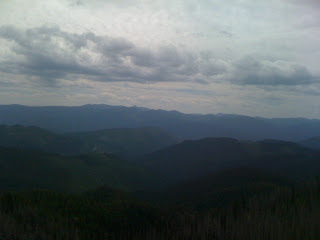 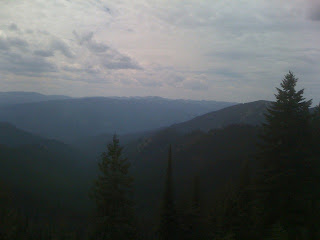